I have a week with no cooking, yes John and I are on a weeklong business trip and we are traveling through the central and eastern part of Washington State.  So I thought I would bring you along to Washington State and share what we find along the way.  First stop Yakima, Washington in the central part of the state.  Yakima Valley is a sunny area with orchards, farms and vineyards where more than 40 commercial crops are grown.  Did you know that this area enjoys 300 days of sunshine? Or did you know there are more than 70 wineries and it is best known as one of the largest wine-producing regions in the country.  After checking into our hotel John and I headed north of Yakima about 30 miles to Ellensburg.  We wanted to travel down through the Yakima Canyon and enjoy  a drive along the Yakima river.  We passed by many people in their boats fly fishing and just as many people in large rafts just enjoying floating down the river.  As we were just coming out of the canyon and back down into Yakima a beautiful apple orchard came into sight.  We turned down a side dirt road to get a better view of these trees just hanging full of apples.  The first part of the orchard was apple trees grown on a trellis in a V-shape.  We were not sure what type of apples these were but as we turned the corner and saw the next section of the orchard with the traditional type of dwarf apple trees and I knew that bright red color and shape, the red delicious apple.

I could not believe the amount of apples that were hanging on the trees.  I knew that they were going to be picked soon all the empty wooden bins were lined up under the trees, is the fall season officially here?  Seeing all the apples that would be ready soon I decided that once I get back to Oregon I am going to devote most of my upcoming blogs to the apple and all the great pies, desserts, side dishes and anything else I can think of that you can make with apples.  Tomorrow we head north to the town of Leavenworth and more adventures in the state of Washington.  Below are a few fun facts about apples grown in Washington State and the Yakima Valley: 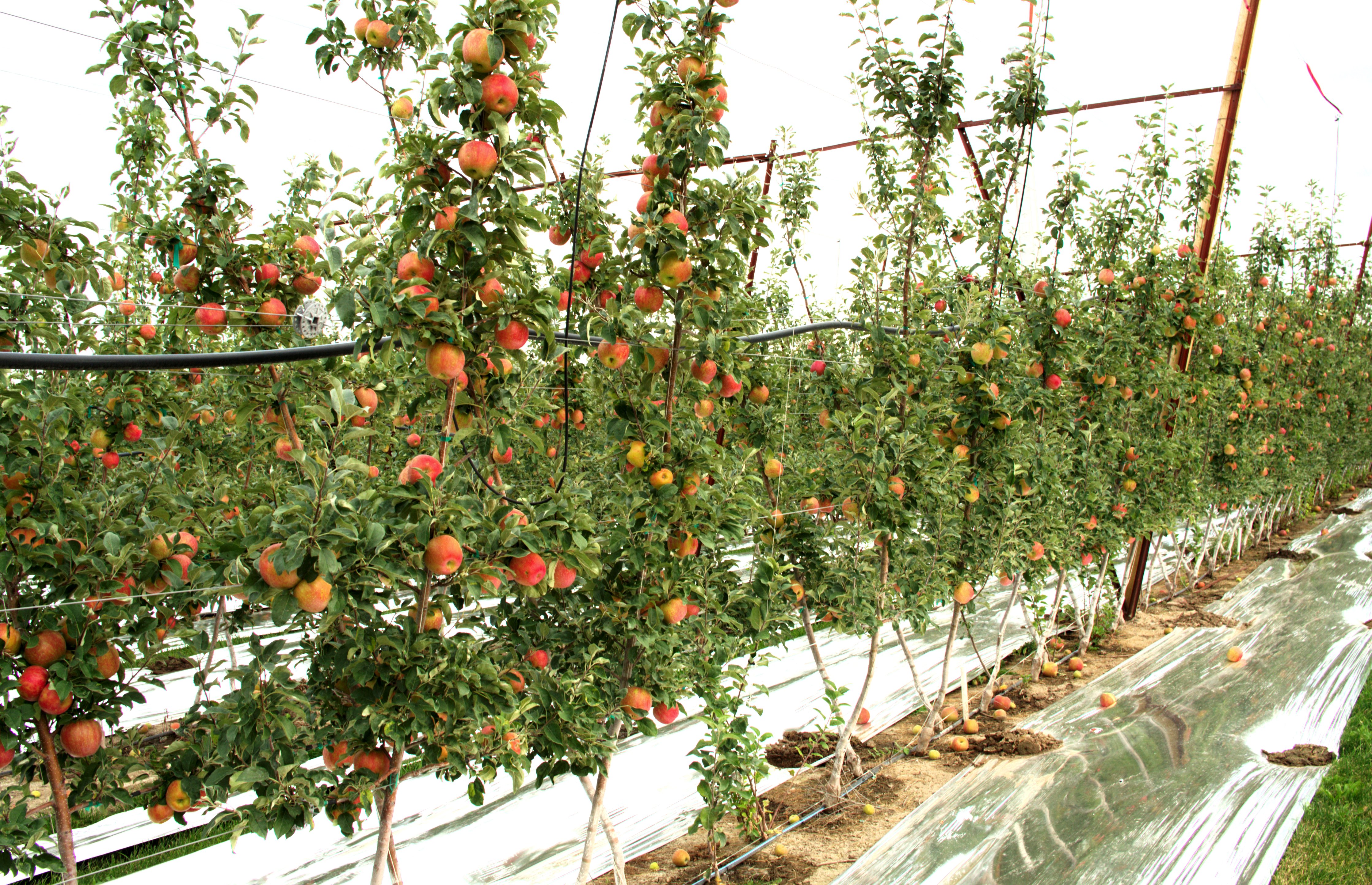 The picture to the right shows how the apples are grown on a trellis in a V-shape.  Trees are planted 12 feet apart, with every other tree slanted in the opposite direction of its neighbor, in a V formation to meet at row center.  They want fruit produced narrow, tall fruiting walls.  The goals is for the trees to reach full height in two years.

Chocolate Chip Cookie + Marshmallow + Hazelnuts = Love on the Mountain in Oregon this Valentine’s Day.  I added some chopped hazelnuts to my favorite chocolate chip cookie recipe and sandwiched it with a fluffy marshmallow cream filling. This version of rocky road cookies gets that Fresh From Oregon taste with the Oregon grown hazelnuts […]

I finished this week with my last meal from the Cook to Books Challenge from Around My French Table by Dorie Greenspan.  I made the Short Ribs in Red Wine, Corn Pancakes and Brown-sugar Squash and Brussels Sprouts.  I enjoyed taking my family on a trip to France through my cooking from this great cookbook.  […]

In my family we celebrate the New Year with pork & sauerkraut with potato cheese pierogies.  I have been told this is a Pittsburgh, Pennsylvania tradition where I am from.  My dad’s side of the family is also from Poland and I believe this love for the pierogies is deep in my roots.  When my […]