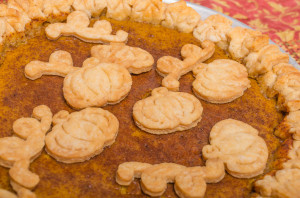 This is the recipe I have been using to make homemade pumpkin pie for the last 30 years.  The recipe came from my husband’s grandmother “Nana Trax”.  She is also the one who taught me to make homemade white bread.  As she got older and could not knead the bread dough any more I would go to her house almost every Saturday morning to help make the 5 loaves of bread she would bake. 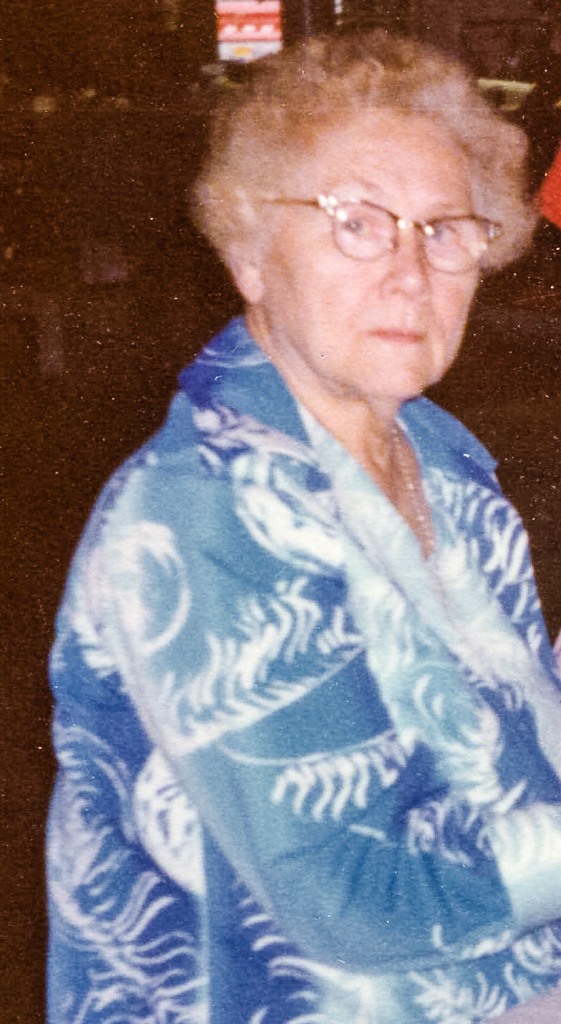 During those Saturday mornings she would share other recipes and  gossip and this pumpkin pie always reminds me of those times.  I have fancied the pie up by adding some cutout leaf shapes but the taste of this rich and smooth pie is still the same recipe passed from one generation to the next. 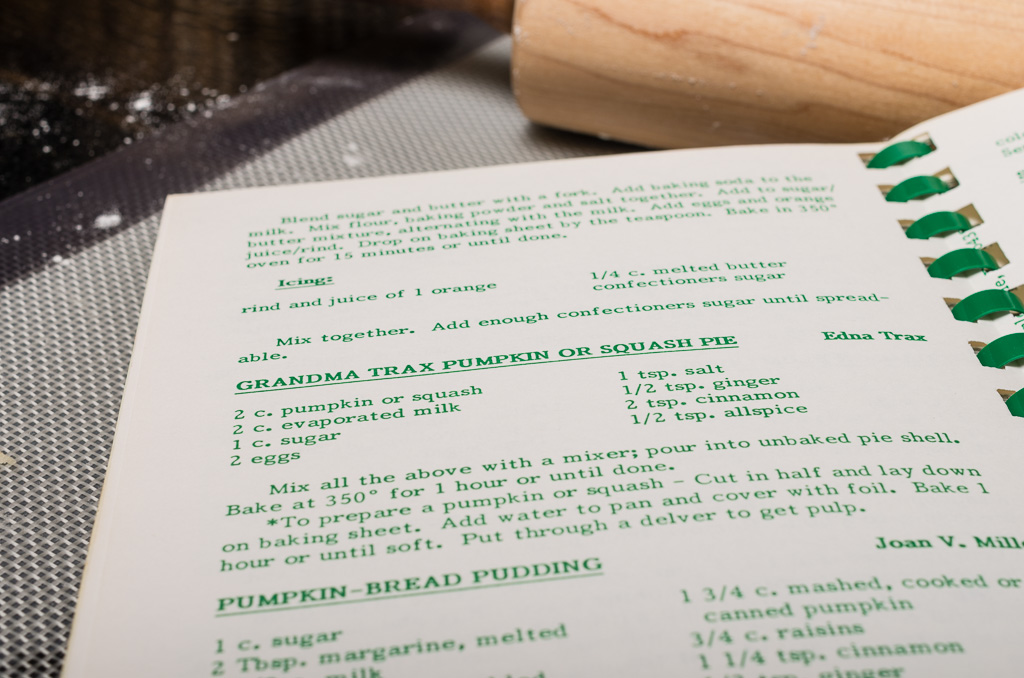 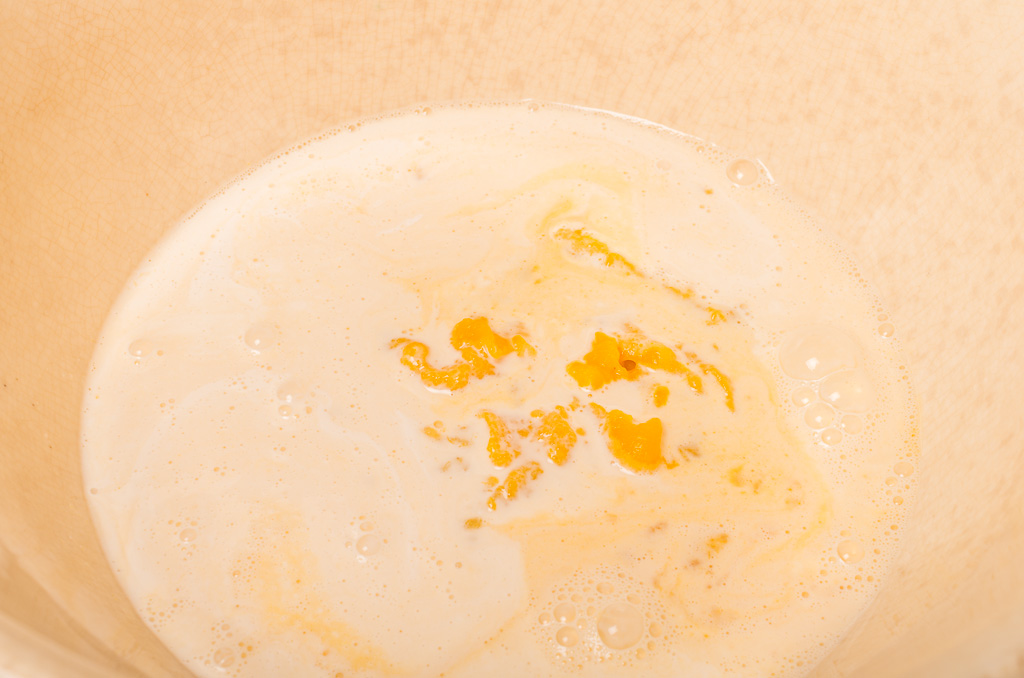 Preheat oven to 350 degrees.
Place pumpkin or Hubbard squash puree in large bowl.  Add evaporated milk, sugar and eggs.  With a hand whisk mix until combined.  Add the salt, cinnamon, ginger and allspice.  Mix until all the ingredients are combined and mixed well.  Divide mixture between the two unbaked pie shells.  Bake at 350 degrees for 1 hour or until a knife inserted in the center comes out clean.  It is that easy! 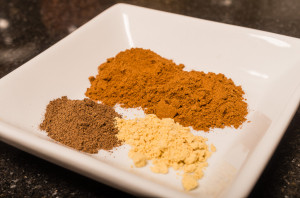 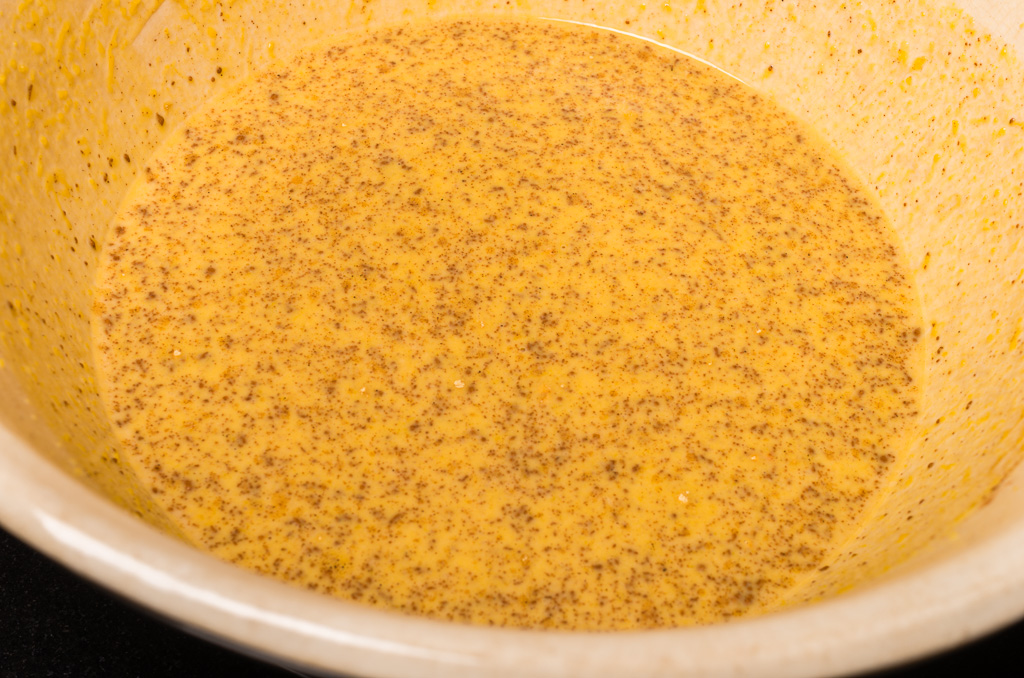 Homemade Pie Crust
3 cups Bob’s Red Mill flour
1 teaspoon salt
1 1/4 cups shortening
1 egg
5 tablespoons cold water
1 tablespoon apple cider vinegar
In large bowl combine the flour and salt.  Add shortening and with pastry blender combine until the flour mixture resembles small crumbs.  In small bowl combine egg, water and cider vinegar.  Add all at once to the flour mixture and mix until just combined.  Divide dough in half and wrap in plastic wrap, refrigerate 30 minutes.  When ready roll out one piece at a time to fit your pie pan.  Remove any extra dough around the edge and roll the dough under and crimp the edges.  Do not crimp the edge if you plan on adding a leaf border.  Repeat with the second dough ball.  With the extra dough roll out and cut out shapes with small cookie cutters.  I used a new set of pie dough cutters that I bought at Williams-Sonoma.  They cut out the shape and if you push harder they emboss the shape as well.  If adding a leaf cutout to the pie’s outer crust you need to wet the dough with a little water and then lay down the leaf cutouts around the pie before adding the filling.  For the cutouts in the center of the pie you will need to place them separately on a baking sheet and bake for about 10-12 minutes until golden brown.  Add to the pumpkin pie once it has cooled to a warm temperature. 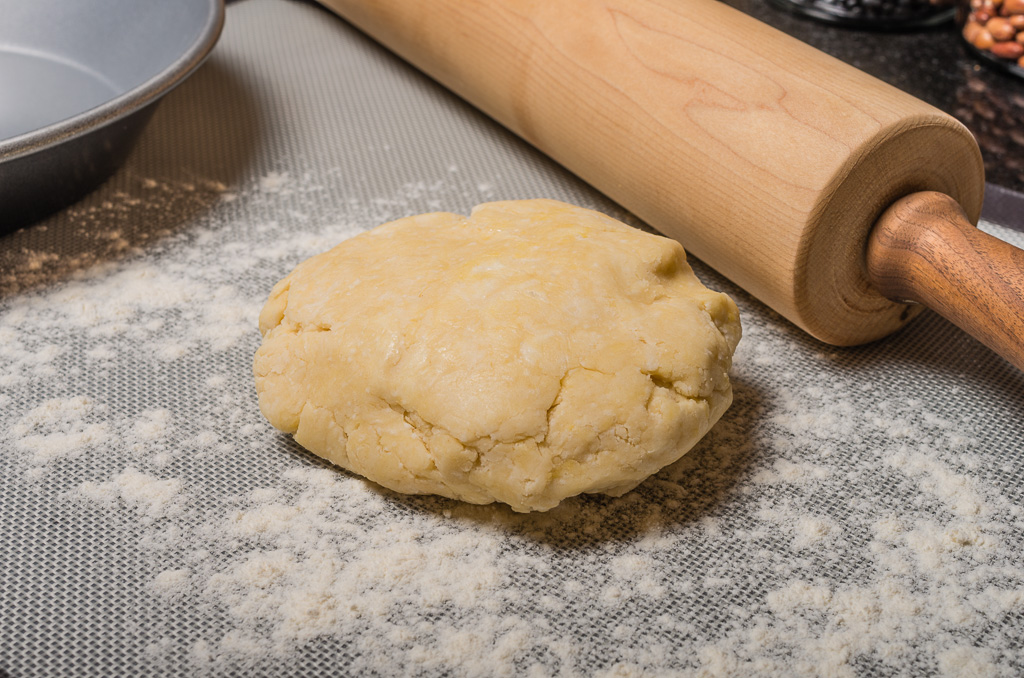 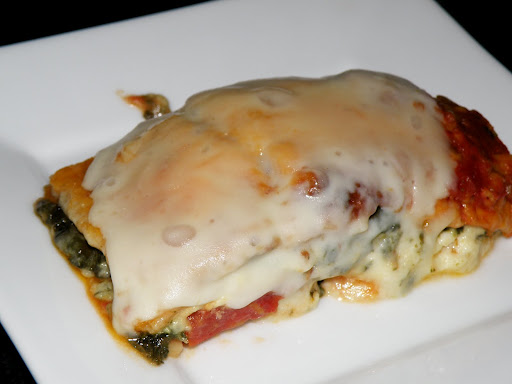 Fresh greens are bountiful at the farmers markets and my favorite is baby spinach this time of the year.  This is a great dish to add other fresh vegetables when they come into season like some sauteed zucchini and grated fresh carrots.  Let your imagination and the farmers market decide what goes into your lasagna […] 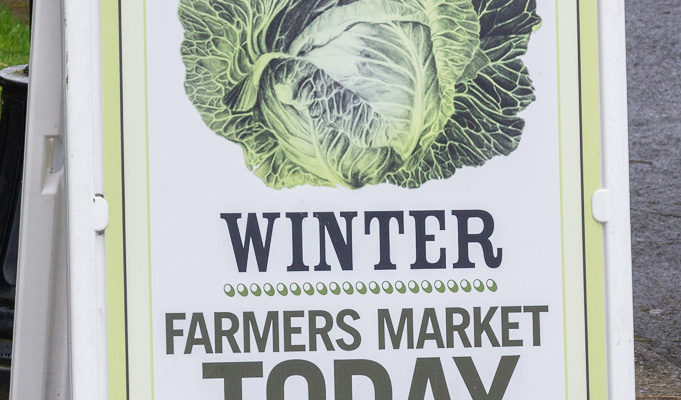 It has been a very rainy spring this year in Oregon, so with a peek of blue skies today I headed to the Beaverton Winter Market.  I live in the foothills of Mt Hood and this is a little over an hour drive for me but I just had to see what was Fresh from […] 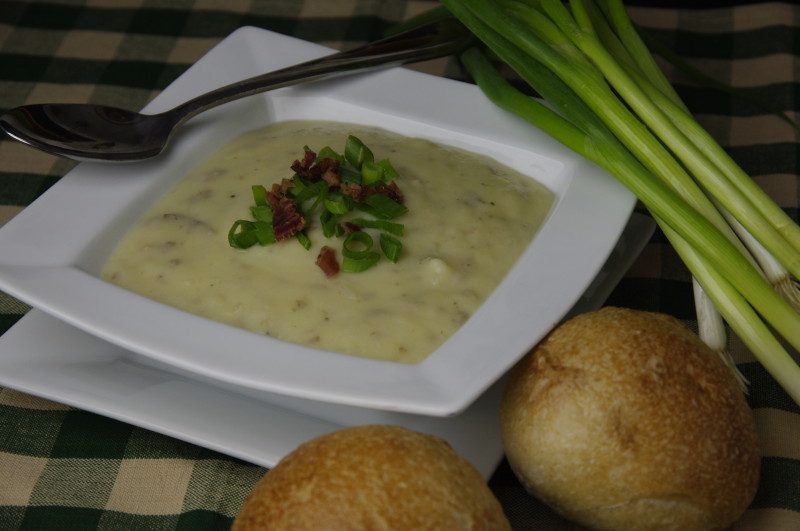 This past week on the mountain here in Oregon has been snowy and cold.  The ski resorts here on Mt Hood received up to 5 feet of snow the past few days.  So what do we eat to keep warm,  hearty potato leek soup. Leeks are Fresh From Oregon this time of year and I […] 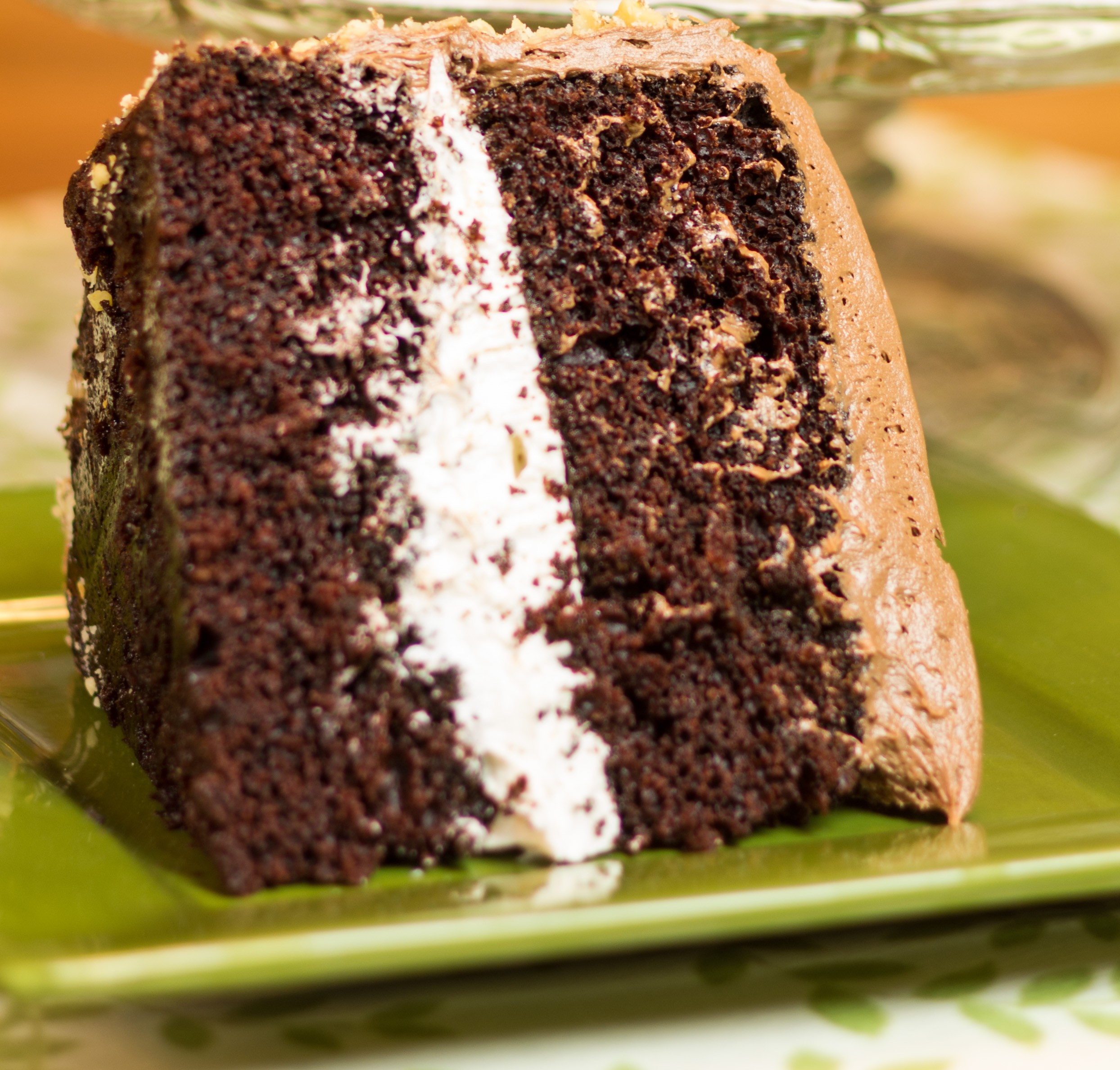 Today is my big day I turn the Big “50” today.  I decided to make my own cake with all the flavors I love chocolate, more chocolate and marshmallow.  I searched my Pinterest pins and found a dark chocolate cake with coffee which only brings the chocolate flavor in the cake to the next level.  […]